Here we are, ready to bid farewell to yet another year. Around the same time last December, I remember reminiscing back at 2013 and being horribly disappointed about how the year had turned out – both economy-wise and at a personal level. It certainly was an all-time low but the eternal optimist in me always knew that once you hit rock bottom, things can only get better.

Thankfully they did. For me, 2014 was certainly a much better year. It was a year of self reflection and new beginnings – both personally and professionally. I’ve managed to fulfill one of my life long dreams by driving across the US and I’ve made an important career move, which will present me with new challenges and opportunities in the new year. Most important of all, both my family and I are in good health. That’s certainly all one can ask for.

So let me take this opportunity to wish everyone a Merry Christmas and a Happy New Year, full of happiness and health for you and your loved ones. If 2014 didn’t treat you as well, then cheer up, aim high and let this year’s bad memories flow away, like water under the bridge. See you all in 2015! 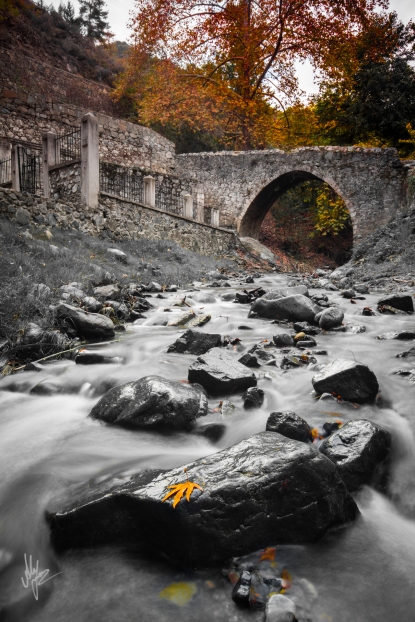 For this blog post, I’ve decided to take a break from my US road trip picture series and talk about a little side project that I’ve started back in October.

If you know me personally or you’ve read some of my older posts, you’ll know that my family’s origins are from the village of Kalopanagiotis, in the heart of the Marathasa Valley. On the off-chance that you have visited this village in recent years, you would have witnessed its transformation into a hotspot for agrotourism. While still maintaining its traditional architecture with its cobbled streets and footpaths, the village is now home to a number of hostels, trendy coffee shops and restaurants and an island-famous spa hotel.

My family claims to have years of experience in the hospitality business. My great-grandfather specifically, was the proud owner of an Inn back in the early 1900s, providing food and shelter to travellers riding through the village on their mules and camels, on their on their way to the northern regions of Cyprus. Now, almost a century later and as a tribute to my family’s origins, my parents have decided to restore this Inn (which later on became my grandparents’ home) into a trendy agrotourism apartment.

The restoration has taken almost a year and we are now at the stage of putting the final touches. Admittedly, my contribution to this project has been minimal. As the family’s designated photographer however, I have been tasked to take a few pictures, so I can decorate the walls and post on our soon-to-be-published website. As a result, in late October I found myself in Kalopanagiotis, camera in hand, on a 3-hour shooting excursion. This picture is one of 5-6 picture frames that will soon be printed on canvas and hanged in the apartment. These traditional door handles are found on almost every door around the village and are truly representative of the village’s traditional character. 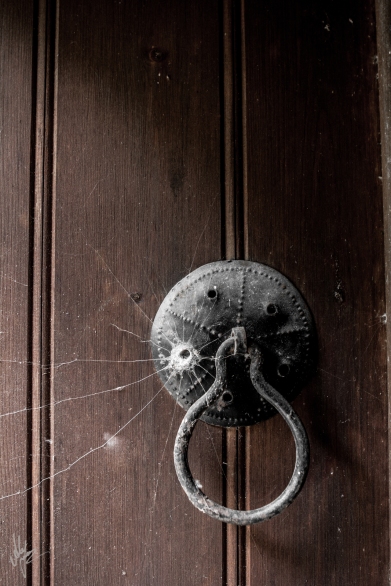